Recently I have been caught up in many activities which is why I haven’t been able to write on the blog for such a long time. One of the activities has been snorkeling. We have sailed to many different spots where there are large, beautiful reefs. I have seen many fish, such as many varieties of parrot fish, butterfly fish, damsels, sargeant majors (which are my favorite), squirrel fish, trumpet fish, and many, many, more. 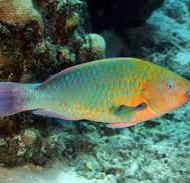 We have sailed from The Bitter End in Virgin Gorda to English Harbour, Antigua. There are a lot of boats here, as well as an old British fort from the 1700’s that my mom, brother and I went to see. While we were walking on the trail up to the fort, we saw a mother goat and her two kids. They were adorable! One of the kids kept stopping to just stand in one spot and bleat for a moment, then it would continue after its mother and sibling for a few feet before stopping to bleat again! ADORABLENESS!!!!!!!!!!!!!!!!! The fort was cool also, because it had some old buildings that were perfect place for imaginary play, but a bit spooky because they were empty and dark.

I have also been extremely (and I mean EXTREMELY extremely) obsessed with Harry Potter recently, because HP is one of the most awesome book series in the entire universe! I think what brought me back to being completely obsessed was visiting Universal Studios in Orlando, FL and spending a few days in Harry Potter World. (Thanks to my totally amazing grandmother, Leila, for taking us. THANK YOU!!!!!) I am currently writing two fan fiction stories (made up stories written by fans of a book series/book/movie(s)/tv show etc.). One is called ‘Head Over Heels’ which is a love story that takes place in Harry and the gang’s fifth year, and the other is a second generation story (19 years later) that I have not named yet. 🙂    While I was at The Bitter End, I found a friendly little lizard crawling around on our bags. I was able to pick him up and hold him, it was so cute! I decided to name him Harry. Don’t get it? It’s a joke/play-on-words. In the first book when Hagrid shows up to give Harry his Hogwarts acceptance letter, there is a part where he says “You’re a wizard, Harry!” The joke is supposed to be that it’s as if he said, “You’re a lizard, Harry!” So yeah. Hmmm… explaining a joke kinda takes all the fun out of it…. Oh well!

Other than that I have been making many different foods to pass the time (pumpkin pie, hot pretzels, mac & cheese, brownies and Thai noodles) because it is pretty boring on the boat without any friends and just school work. I miss everyone in my family (if they are reading this then I miss you a lot!) and I am currently in a very long argument with myself over wether I’ve liked the journey so far or not. I love going to new places, but I really dislike sailing.  😦

That’s all for now,