This week my parents flew down from Maine for a week of sailing and warm water. We picked them up on New Providence, and with the winds out of the northeast we reached down to the northern Exumas. 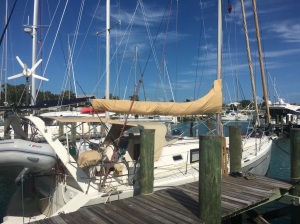 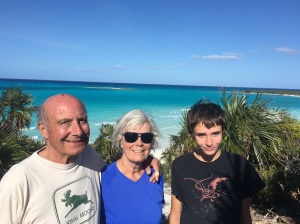 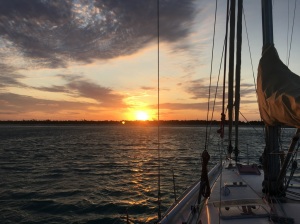 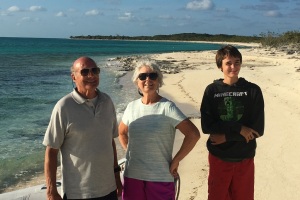 When the winds clocked east we reached north to Eleuthera, averaging 8.0 knots over the 50 miles to Current Cut. We vacationed here when I was in 7th grade, and dad taught me to scuba dive. This time Owen and I free-dove the deep, narrow channel, drifting in four knots of current while Nonni and Pop Pop followed in the dinghy. The local settlement has recovered nicely from Hurricane Andrew in 1992. I can’t say the same for the scuba resort where we stayed in 1979; the Current Club was wiped off the map. 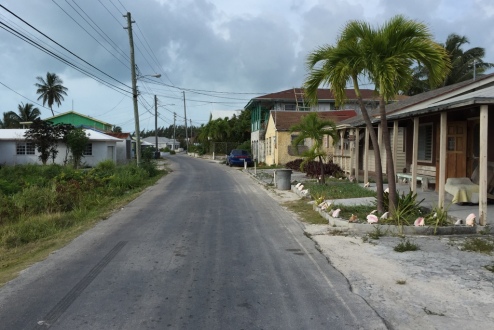 Next we dropped into Spanish Wells to restock on fruits and vegetables. This small, well-kept seaport has real charm and character. 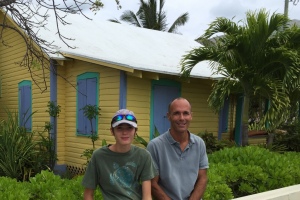 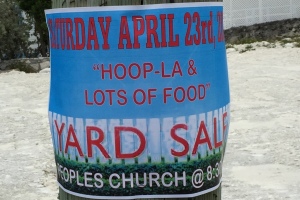 After navigating the north end of Eleuthera, including the slot in the reef known as the “Devil’s Backbone,” we anchored off Dunmoore Town on Harbor Island. This was the most refined place Owen and I had visited since the Virgin Islands. We enjoyed an excellent dinner at Aquapazza – hat tip Betsy Sednaoui and Collins Grant for the recommendation. We walked the pink sand beaches and the quaint streets, admiring the seaside colonial homes that reminded me of coastal New England, only with colorful paint and palm trees. 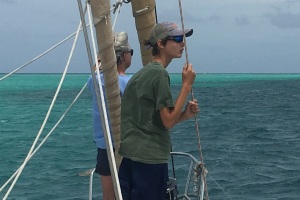 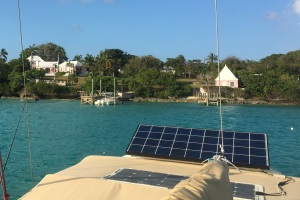 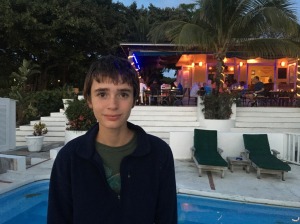 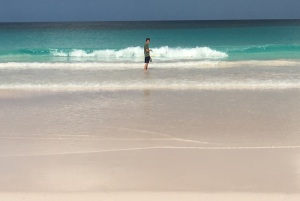 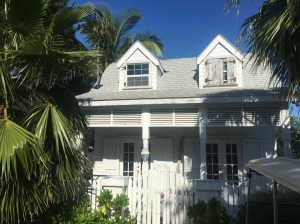 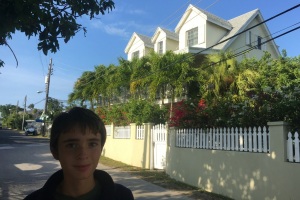 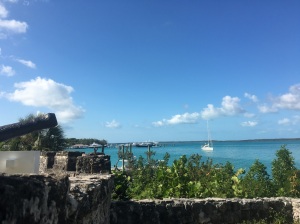 Strider under the Battery 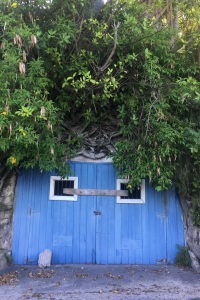 On the return to New Providence we were the lone boat in a beautiful anchorage at Egg Island. The next day brought a sharp contrast. After an easy, downwind sail, we entered the bustling port of Nassau and berthed in the posh marina at the Atlantis Resort on Paradise Island. The slip fee was steep, but it included complementary access to Aquaventure, the resort’s water park. So, after Nonni and Pop Pop left for the airport, Owen and I hit the water slides! 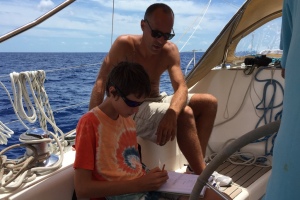 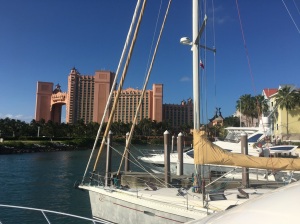 Today Owen and I depart for the Abacos. Winds allowing, we’ll sail across the Little Bahama Bank on Sunday, gain a little push from the Gulfstream, and make landfall in North Florida on Tuesday.