After sailing from Nassau to Charleston in less than a week, Owen and I agreed to slow the pace through the low country of the Carolinas. First, we spent a few days touring the beautiful and historic city of Charleston. 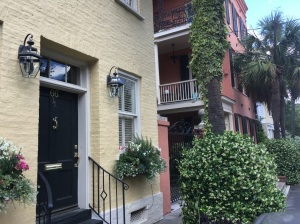 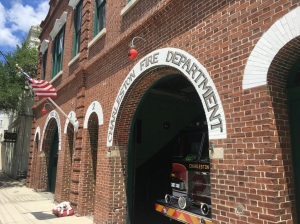 First and Foremost a Sea Port 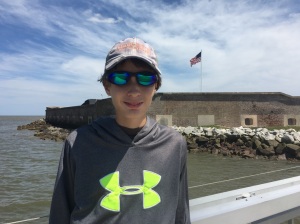 Next, we sailed out of Charleston Harbor and up the coast to Winyah Bay, a region of antebellum rice plantations, late-19th century logging, and now a recreational paradise. We spent the following day at Georgetown, a gracious South Carolina river port with colonial homes and a thriving art scene. 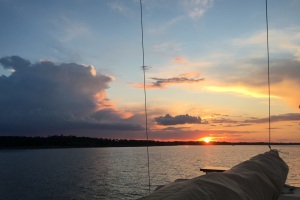 Owen Wrapped in Fleece on a Chilly Morning

Union Steamer Sunk by Rebel Mine in Winyah Bay

That evening we rode the ebb down the river, passing the wreck of the Harvest Moon with it’s smokestack just visible at low tide. We sailed through the night to Cape Fear, arriving just outside the river entrance at dawn. 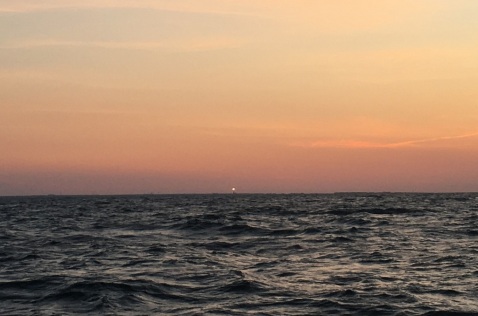 Dawn off Cape Fear, Oak Island Light on the Horizon

Thus began the inland part of our journey. We sailed up the Cape Fear River then furled the sails and motored through Snows Cut into the intercoastal waterway.  For the next three days we chugged along at 6 knots, trying our best to time the drawbridge openings. 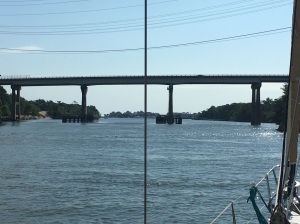 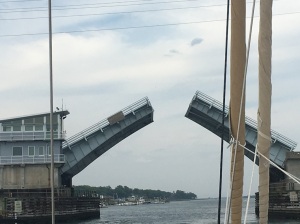 Navigating the ICW on Strider is easy in one respect: we can raise our centerboard and skim over the shallow spots. On the other hand, our 64′ mast passes agonizingly close to the fixed bridges, nominally 65 feet above the water at high tide but frequently less. At the Topsail Beach Bridge I tried to squeak through when I SHOULD have waited an extra hour for the tide to fall. The result was a loud “crunch” followed by a shower of debris as the masthead lights and wind instruments came crashing down. Whoops! 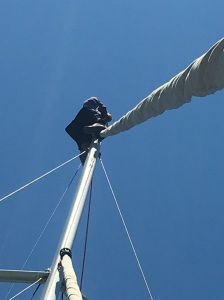 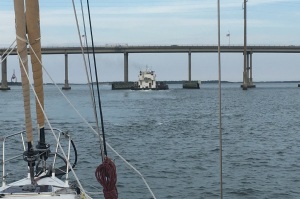 The Atlantic Beach Bridge is notoriously low, but we had learned our lesson. We waited all day for low tide.

Bridges notwithstanding, we enjoyed our three days on the ICW. We spent many moments watching the wildlife – osprey, loons, egrets, and dolphins.

Osprey Pair on the ICW

We motored past large, beautiful houses, and smaller homes with “character.” We enjoyed the friendly, relaxed culture of the North Carolina beach towns. Kind folks offered us a lift when we went ashore for groceries and propane, just like in the Caribbean. We waved to the U.S. Marines on the shore at Camp Lejeune, and they waved back.

House on the ICW 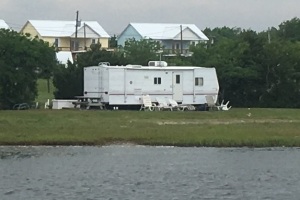 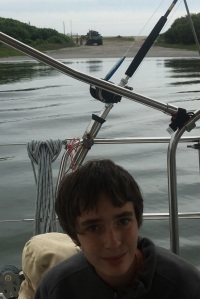 Our favorite spot since leaving Charleston is Beaufort, NC. The people are genuinely warm, especially towards sailors. If you sit on your boat at the town docks, curious folks stop to chat. The town itself is beautiful, with small colonial houses reminiscent of my New England hometown. Opposite the waterfront, wild ponies patrol the beaches of the Rachel Carson Preserve. 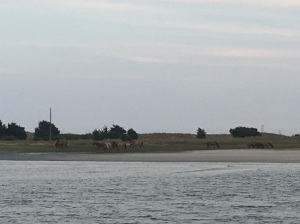 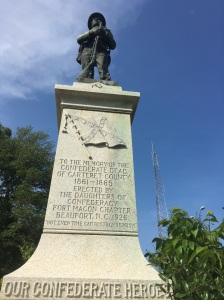 Not quite New England, after All

While the locals are wonderful, I’ve had the most fun meeting our neighbors on the docks, Birte and Wolfgang from Germany. They arrived two days ago from the Bahamas, and they are sailing up the east coast on their 35 foot steel sloop. We may see more of them on the Outer Banks, where we’re headed next! 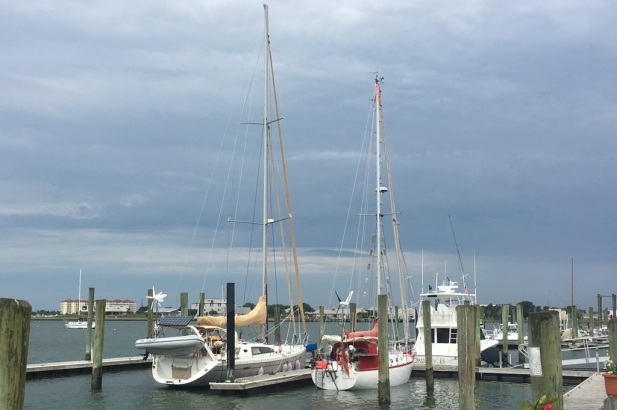 Tamanera, sailed by Birte and Wolfgang